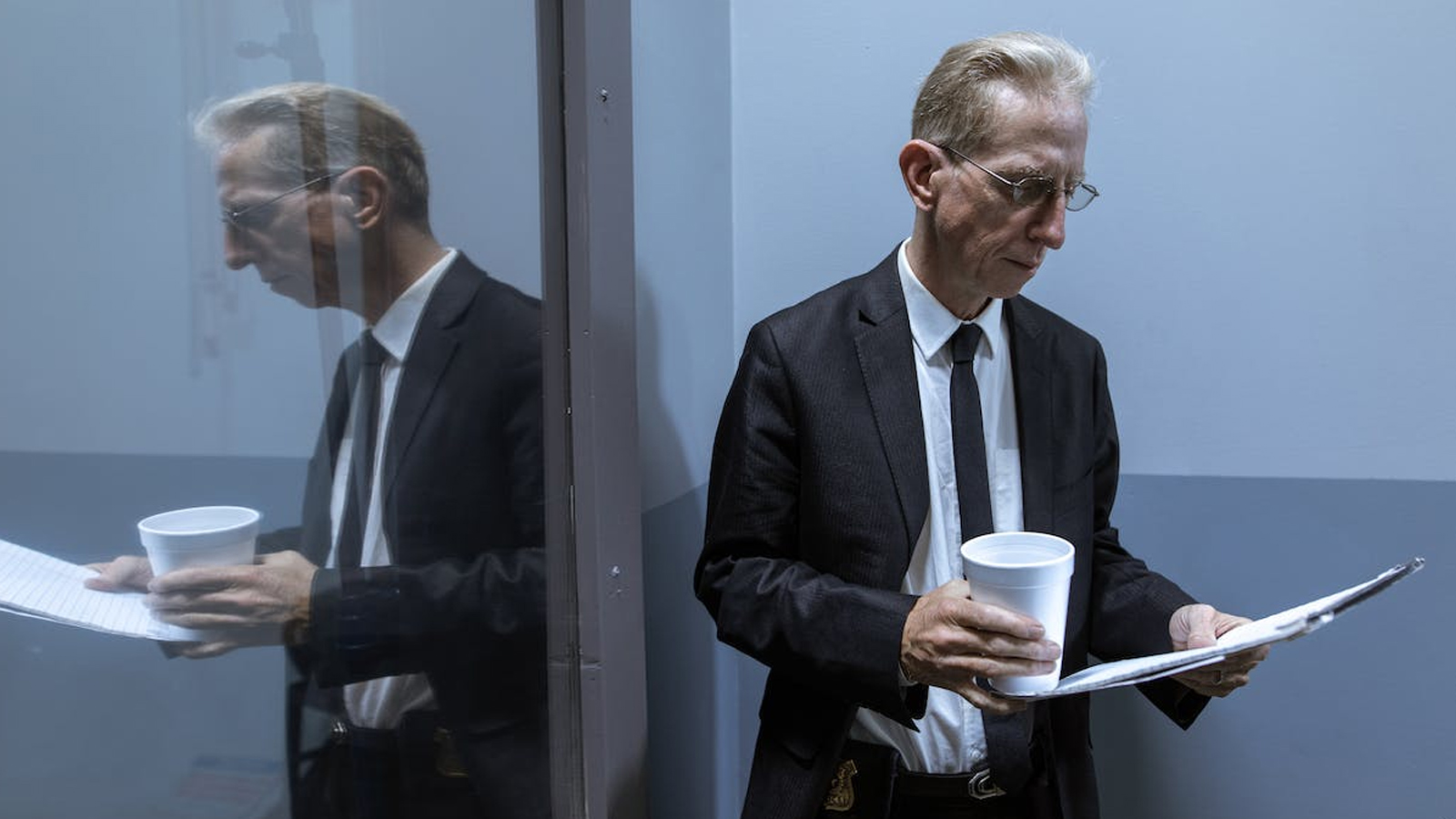 I met Tim Freel several years ago at the Breaching the Barricade Law Enforcement Conference in Elkhart, Indiana. Jim Bontrager invited me to speak at the conference as part of the National Peace Officer’s Appreciation Week. Jim’s goal was to encourage and train officers and deputies to become better Christian Case Makers. Law Enforcement personnel are, in my mind, uniquely qualified to communicate the Gospel and Christian worldview to a disbelieving culture. We are, after all, skeptical by nature, and we ought to understand the role of evidence in forming a convincing case. In addition, we have experienced the problem of evil firsthand, and are uniquely qualified to navigate discussions in this area. Tim Freel personified these characteristics perfectly. According to associates, he is a gifted detective serving in the Elkhart Police Department. He’s smart, tenacious, skeptical and experienced. Until very recently, he was also an unbeliever. His conversion story was a humbling example of how evidence helps doubters become devotees.

At the end of my presentation on Friday, Tim told the group about his own experience with Cold-Case Christianity. A Chaplain at his agency, Valerie Smith, had given him a copy of the book. She knew he was an atheist and wanted to challenge him to examine the evidence like a cold-case. He said the book made him angry. He set out to disprove the case I had formed in the book, and he tore or cut several pages from the text where he thought he could find a flaw. After several chapters, however, he taped them back in place. At chapter six (a chapter describing the way detectives separate evidence from artifacts at crime scenes), Tim said he began to realize the case for the reliability of the New Testament was stronger than he first imagined. After several weeks, Tim eventually became a Christian. The book simply helped him remove his prior objections to Christianity as it presented the Christian worldview as an evidentially reasonable claim about nature of reality and the person of Jesus Christ.

Tim’s testimony was humbling. I wrote the book to describe the process I used to examine the claims of the New Testament when I first became a believer. I thought it might help others, but Tim’s story reminded me of several important truths. God has wired many of us to be more skeptical, more demanding and more evidential in our approach to any truth claim, especially claims about the existence of God. People like Tim Freel (and I) simply cannot believe something unsupported by evidence. Jesus, however, didn’t ask us to believe without evidence (or in spite of the evidence to the contrary). Instead, Jesus provided his followers with several lines of evidence and asked them to trust his claims because of this evidence. If you have someone like Tim in your midst, let me encourage you with a few observations:

Approach The Skeptics In Your Life
Tim’s journey through Cold-Case Christianity began because Chaplain Valerie Smith was courageous enough to approach him to discuss his beliefs. As someone who has worked in Law Enforcement for over 25 years and was also raised in the profession, I understand the courage needed to make this first move. Cops are a unique breed. We typically don’t trust people, especially people who aren’t sworn officers. I’m sure Valerie, a petite, female civilian serving in a department dominated by large, male officers, felt this inherent distrust. It didn’t stop her. She was bold and undeterred. In fact, I saw her give three more Cold-Case Christianity books to other unbelieving cops on the day of the conference. If Valerie can boldly approach unbelievers, anyone can. Stop shrinking from the opportunities. Approach the unbelievers in your world.

Resource the Skeptics In Your Life
I will admit I was always doubtful a book could really start an investigation toward God. I eventually read apologetics books as part of my personal journey, but I don’t think I would ever have opened a book if a believing friend had given me one at the onset. In fact, I usually tell people they should read my book and learn the material prior to offering it to their unbelieving friends or family members. I think I would have responded better to a friend’s description than a book making the case. Tim Freel proved me wrong. God will work any way He pleases, and God can use a book to change a life. It may not be my book; there are certainly great resources available to reach just about every kind of unbeliever you can think of. I still say you should make the case to those you care about, but if you feel unable or unready, at least point people to resources they can use to investigate the case.

God doesn’t need a book to reach your unbelieving friends; He doesn’t need your efforts either. But He allows us a role in the process so we can be reminded of His power. Click To Tweet

Pray For The Skeptics In Your Life
It’s tempting to think a book, conversation or presentation can make all the difference in someone’s conversion. But you and I know this isn’t the case. God alone sits on the throne. He can use whatever and whoever He pleases. In Tim’s case, he used Valerie Smith and Cold-Case Christianity. But long before Valerie thought of approaching Tim with a resource, she fervently prayed for him. She understood the book might be used as a tool, but she knew the Master Craftsman would be one to call Tim home. After investigating the case for Christianity and making a decision to trust Jesus, I learned about the many people who had been praying for me for years prior to my investigation. Although I thought I was the one seeking truth, God was the one seeking me. Don’t underestimate the role of prayer. God doesn’t need a book to reach your unbelieving friends; He doesn’t need your efforts either. But He allows us a role in the process so we can be continually reminded of His power and our own need. If you want to reach your unbelieving friends and family with the evidence, start by reaching out to God in prayer.

I was uncomfortable when Tim began to talk about the role Cold-Case Christianity played in his transformation. It was humbling to hear how God can use one person’s journey to impact another’s, and I was honored God would use the book in such a way. Tim and Valerie reminded me of how evidence helps doubters become devotees. Do YOU still have skeptical police officers in your life? Pray for them and point them to whatever resources may help them sort through their objections. God can use whatever He pleases to reach those who reject Him, and He often uses an evidential approach to reach the lost.