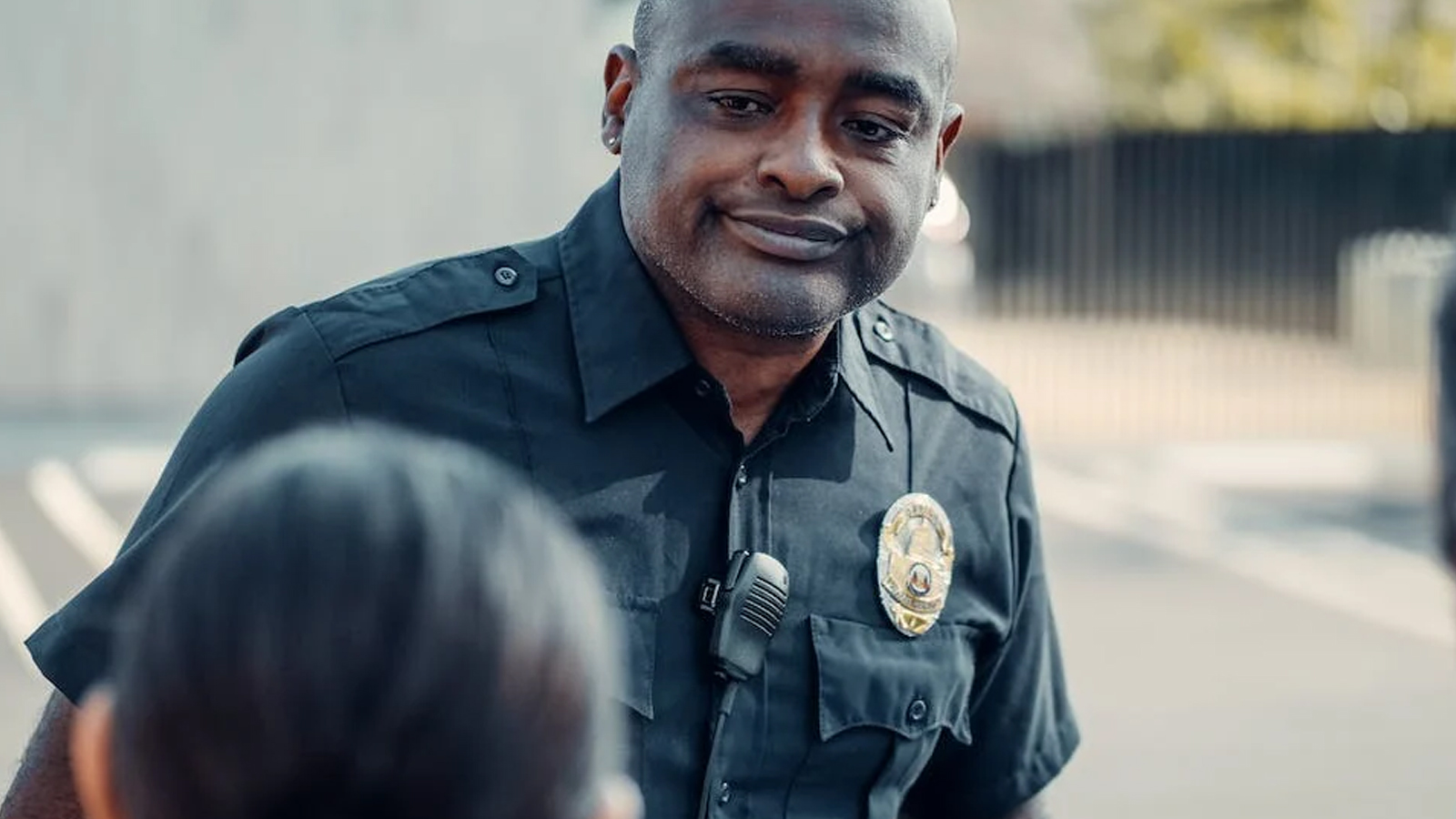 I love cops. I loved working in Law Enforcement for over 25 years and I loved growing up in a police family. I hope my kids feel the same way. Now that I’m a Christian, I especially love hanging out with cops who are Jesus followers. Several years ago while speaking at the Breaching the Barricade Law Enforcement Conference in Elkhart, Indiana, I was reminded of the power of God as I got to know several true “tough guys”. Jim Bontrager (the Elkhart Police Chaplain) invited me to speak at the event, where I was joined on the stage by a good friend, Pastor Ken Graves (a lumberjack of a man’s man) and Philadelphia Police Officer Kevin Bernard. I also met Mike Kelly (another tough Philly cop) and M.C. Williams, the Director of the Centurion Law Enforcement Ministry.

Police conferences (even Christian police conferences) are steeped in testosterone. They’re attended by lots of “tough guys” who are ready to kick down a door and take the hill (consider, for example, the title of the conference!). Guys like this learn to fight through adversity and run toward danger. After several years, they come to find sarcasm and skepticism are two of their best friends. They define tough. But when these kinds of warriors decide to become Christians, something dramatic is revealed about the Power of God. In His sovereignty, God demonstrates no one’s too tough to trust the truth. Be encouraged. Some of the smartest people on the planet are Christians, and no one’s too tough to trust the truth. Click To Tweet

After a two days with these guys (talking, trading war stories, shooting handguns, canons and 50 caliber rifles, wrestling and sharing a meal), I observed how God can transform even the toughest warrior into a committed follower:

“Toughness” Transformed
Guys like these would never have been caught tearing up about anything prior to becoming a Christian. In fact, law enforcement “tough guys” usually become more calloused and emotionless the longer they serve in this job. But something happens when Christ changes your life. You discover true toughness. Anyone can hide behind their image, their anger or their false bravado. But you gotta be tough to allow yourself to open up to a brother and show how you really feel. That’s risky business. I saw many of my brothers open up in this way, unafraid to “show their hand” and confident enough in their own masculinity (and identity in Christ) to reveal true toughness. God shows us the real definition of “tough”.

“Mercy” Transformed
Cops can be some of the most judgmental people you will ever meet. We are paid to find bad guys before they do a crime (that’s what Patrol is all about). We make quick decisions about people on the street, and this can often lead to a condemning, sarcastic, distrusting attitude. It’s not unusual for Police Officers to develop an “us versus them” mentality. But when we finally realize our own need for a Savior, things begin to change. We become more forgiving because we suddenly become aware of our own need for forgiveness. I heard this repeatedly as these tough guys told me how their lives had been changed by the Gospel. Mike Kelly, for example, told me about his repeated service in urban missions where he serves many of the kinds of people he typically has to take to jail. He said he would never have considered these folks worthy of his attention prior to becoming a Christian, but after being transformed by the Gospel, Mike realized he was no different than any of them when it came to his own need for forgiveness. God shows us the real definition of “mercy”.

“Purpose” Transformed
Most cops I know are focused on their careers, their belongings, and their adrenaline rush. Life can become a big game of “those who die with the most stuff win”. Before I became a Christian, I defined my own purpose from a purely selfish perspective. If a partner had a better home or car, I began to feel bad about my own level of achievement. The pursuit of better stuff, better experiences and better accomplishments became a primary goal in my life. When I became a Christian, however, my mission and purpose changed. I saw something similar in the Christian officers I met last week. All of us feel called to something selfless. In fact, we are now embarrassed about our old goals and purposes. Law Enforcement is a service profession, but few of us were truly selfless in our service prior to becoming Christians. We get it now. God showed us the real definition of “purpose”.

I apologize for focusing on just the men I met at the Breaching the Barricade Law Enforcement Conference. There were also many women at the conference, and they can be every bit as tough as the men they accompanied. But while some cultural observers have written about the “feminization of the Church” and the feminization of Christianity in general, I was encouraged to see God’s transformational Power in the lives of men who are typically the “toughest of the tough”. Skeptics of Christianity tend to describe the Christian Family as ignorant and weak. Be encouraged. Some of the smartest people on the planet are Christians, and no one’s too tough to trust the truth.