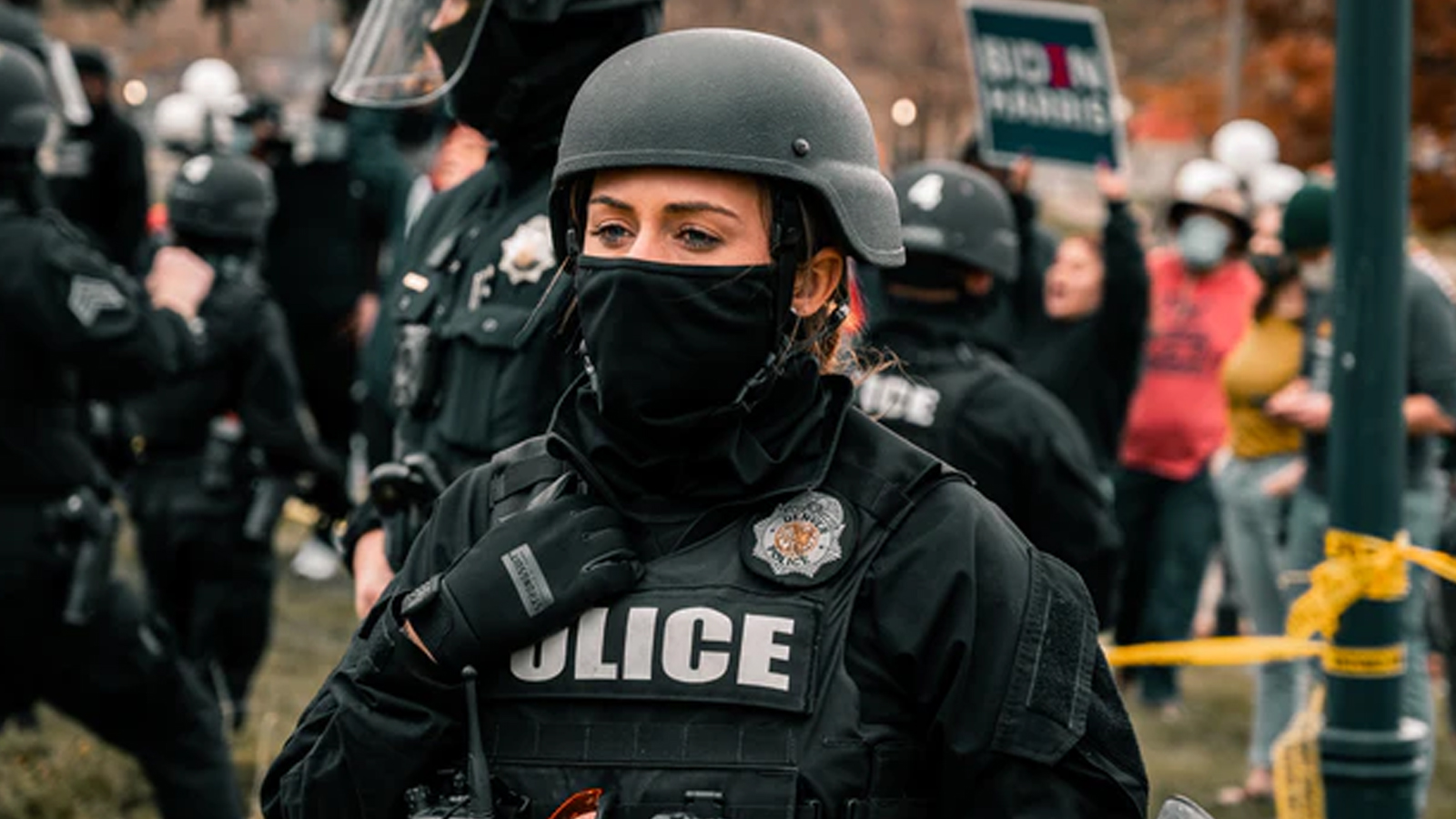 As a Christian and a police officer, it’s easy to become discouraged by the world around me. While most Americans still claim a Christian identity, you wouldn’t know it based on media reports. The press rarely mentions the existence of Christians, and when Christians are described or cited, it is typically in less than flattering terms. The public perception of police officers seems even less positive.

For most of my young life, it seemed that Christians were viewed rather apathetically by the culture at large. Many seemed to think of Christians as harmless relics of a bygone age: weird, stuffy, but mostly forgettable. It used to upset me that Christianity was downplayed or marginalized by many in our society. Now, I almost nostalgically long for those times.

During this same period of my youth, most Americans were vocally pro-police. I long for that attitude to return as well.

Christianity and law enforcement are increasingly treated with disdain in popular culture and the media. Christians are sometimes viewed as a menace, actively hurting society through an archaic, oppressive – even evil – belief system. Christianity, or at least the beliefs and principles it espouses, is now sometimes considered to be at the root of societal ills. Law enforcement is now viewed in an even harsher way.

It can feel like a sad time to be a Christian and an even sadder time to be a police officer. As I contemplate beginning a family of my own, I am sometimes fearful of what kind of world my children will encounter. If it was hard for people in my generation to hold onto their Christian faith and a positive view of police officers, how much harder will it be for my children?

It is in moments like this that I realize I need to put things into context, both as a Christian and a cop. Police officers can learn a lot from Christians who historically found a way to rejoice, even in difficult times.

Christian brothers and sisters are experiencing even greater persecution in other places in the world today. While there are certainly new challenges to face here at home, God’s people continue to flourish in foreign places where their faith is outlawed or where they exist as an extreme minority.

For encouragement, I often turn to passages such as Philippians 4:4-8:

”Rejoice in the Lord always; again I will say, rejoice! Let your gentle spirit be known to all men. The Lord is near. Be anxious for nothing, but in everything by prayer and supplication with thanksgiving let your requests be made known to God. And the peace of God, which surpasses all comprehension, will guard your hearts and your minds in Christ Jesus. Finally, brethren, whatever is true, whatever is honorable, whatever is right, whatever is pure, whatever is lovely, whatever is of good repute, if there is any excellence and if anything worthy of praise, dwell on these things. The things you have learned and received and heard and seen in me, practice these things, and the God of peace will be with you.”

These words, written by Paul, are a source of encouragement, but I’ve taken them for granted in the past. When you consider Paul’s world, the passage has much more power.

The trials and tribulations we face today, pale in comparison to those faced by Paul. Early Christians faced ostracization from every angle. To become a Christian was not only to face scorn or ridicule, but to risk losing relationships with family or to be killed for your beliefs. To be a Christian in those early days must have been terrifying. Can you imagine starting a Christian family under those circumstances? How much stress would you feel?

Yet, Paul wrote, “Rejoice”! He reminded Christians in his day not to be anxious about anything. In the face of danger, rejection, and condemnation, how did these men and women find a way to rejoice? What were they celebrating? They knew their hardship was temporary. They understood their faith in Jesus secured a better future:

“For God so loved the world, that he gave his only Son, that whoever believes in him should not perish but have eternal life. For God did not send his Son into the world to condemn the world, but in order that the world might be saved through him…” (John 3:16-17)

Christians and police officers who trust Jesus as Savior have something to celebrate, even in desperate times. Click To Tweet

God is not surprised that we may suffer based on our Christian beliefs or our law enforcement profession. In fact, Jesus described these challenges in his most important sermon. As He listed those who are blessed, he mentioned peacemakers:

“Blessed are the peacemakers, for they shall be called sons of God.” (Matthew 5:9)

Cops have historically been identified with this label used by Jesus. When we serve our communities selflessly, we are acting as sons and daughters of God. But Jesus didn’t stop there. The next part of his sermon anticipated the persecution we would face as Christians and as police officers:

“Blessed are those who have been persecuted for the sake of righteousness, for theirs is the kingdom of heaven. Blessed are you when people insult you and persecute you, and falsely say all kinds of evil against you because of Me. Rejoice and be glad, for your reward in heaven is great; for in the same way they persecuted the prophets who were before you.” (Matthew 5:10-12)

Even though we are described as “sons of God” who seek righteousness, Jesus predicted we would face insults, false claims and persecution.

Despite this, Jesus (like Paul) called us to rejoice. How? By remembering that He’d already secured our future. Our reward in heaven will be great. If we’ve placed our trust in Jesus, we will live forever with the God who created us, knows us, and loves us. We shouldn’t expect heaven on earth. God’s promise is rooted in eternity, independent of what happens in our temporal lives.

Jesus accomplished this by coming to earth and dying on the cross to pay the penalty for human sin. All we have to do is accept Him as Savior. Paul described this in the same letter to the Philippian church:

“…Christ Jesus, who, although He existed in the form of God, did not regard equality with God a thing to be grasped, but emptied Himself, taking the form of a bond-servant, and being made in the likeness of men. Being found in appearance as a man, He humbled Himself by becoming obedient to the point of death, even death on a cross. For this reason also, God highly exalted Him, and bestowed on Him the name which is above every name, so that at the name of Jesus every knee will bow, of those who are in heaven and on earth and under the earth, and that every tongue will confess that Jesus Christ is Lord, to the glory of God the Father.” (Philippians 2:5-11

So the next time you find yourself lamenting the situation you’re in or focusing on your hardships as a Christian or a police officer, remember the encouragement of Jesus and Paul. Rejoice, then rejoice again! If you’ve trusted Jesus as Savior, your future is already secured. 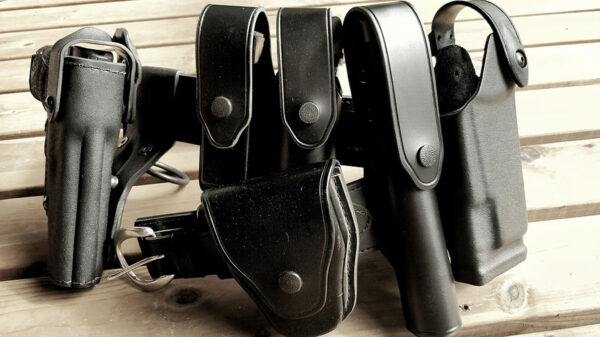